On The Piers Morgan Show 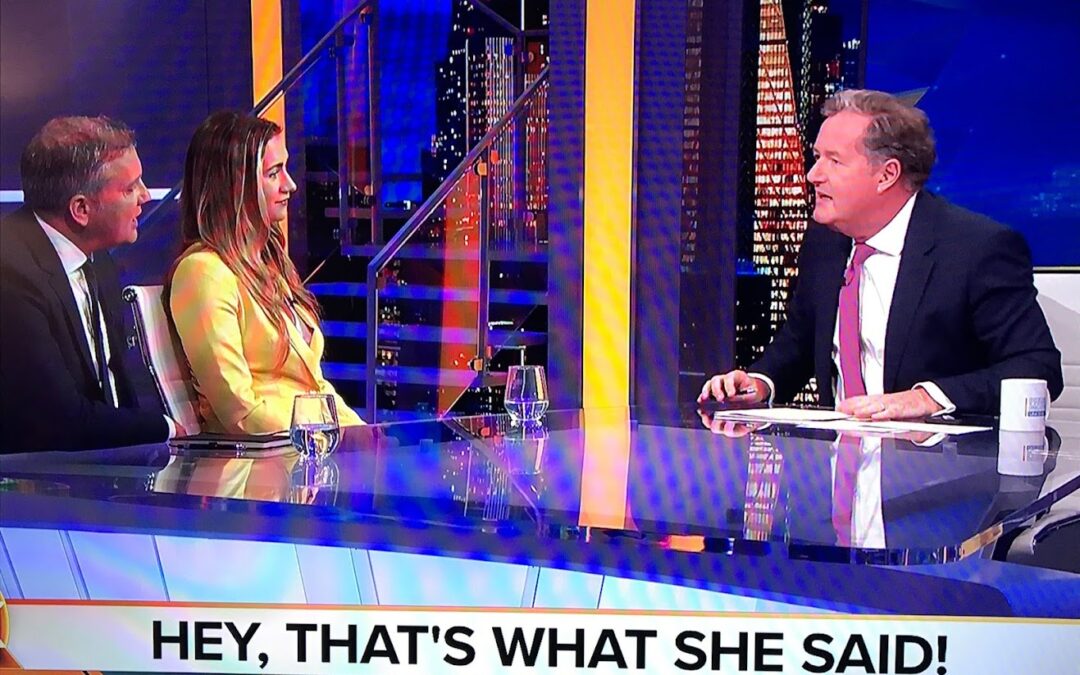 Love him or hate him, Piers Morgan is a journalist and TV presenter of worldwide recognition and fame.

He is famous for his fast mouth, controversial opinions and provocative language and so it was fitting that our very own ‘Piers Morgan’, Co-Founder Russell Quirk, was invited to appear on his show on Tuesday 17th May at Talk TV’s purpose built studios in Ealing, West London.

You may not know that in addition to being a property TV pundit for LBC, the BBC, Talk TV and GB News, Russell is what he refers to as a ‘political hobbyist’. We think that means that he loves politics and so he can also be seen and heard discussing political news items and newspaper headlines on those channels too. He pulls no punches.

Piers invited Russell to discuss ‘Wokeism’ and ‘Hepeating’ alongside renowned political commentator Grace Blakeley and whom it’s fair to say is rather more left wing than Russell’s centric political stance.

Up until now Piers Morgan and Russell Quirk were thought by some to perhaps be the same person. Now that we’ve all seen them in the same room together though we know that, sadly, they are indeed two people and not just one.

Seriously though, whatever you think of Piers it’s a coup for us to sit alongside him and to debate an issue that is then beamed across the UK, the USA and Australia.