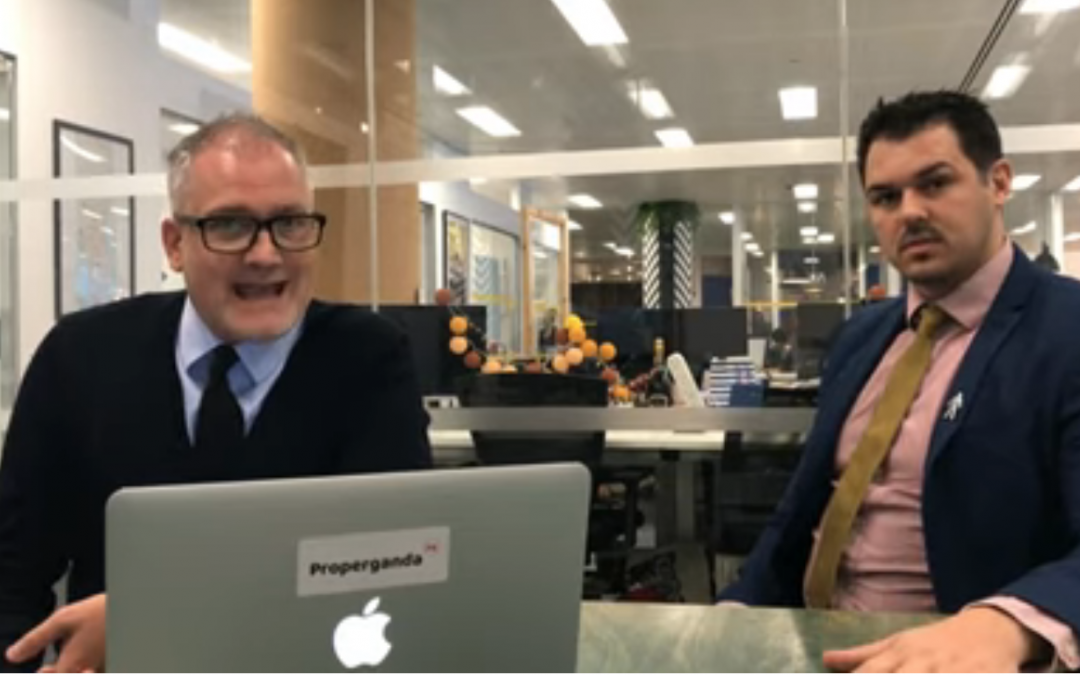 Here’s the article that Estate Agent Today ran exclusively on our interview with a PurpleBricks insider.

It turned out to be one of their most successful ever with 13,000 reads in just a few days:

Purplebricks: an insider’s story of what it was REALLY like

A former Local Property Expert and manager at Purplebricks has gone on record to reveal what it was really like to work at the controversial company.

Cameron Carter – an LPE in the Southampton area for a year before spending 20 months with the firm as a training manager – claims the agency is now an unhappy workplace where some potential earnings have been exaggerated. He adds there is also “fear” amongst staff about the firm’s future direction under the current management.

In a video interview with Properganda PR – given exclusively to Estate Agent Today and which we show at the foot of this story – Carter lifts the lid on morale, management, pay, complaints and those infamous online reviews.

He admits he personally “did very well” in terms of income “but not a lot of others did, unfortunately.”

He says recruitment advertisements for LPEs spoke of On Target Earnings up to £80,000 but he claims “outside of London those figures are exaggerated” and that an LPE outside the capital would achieve “£30,000 to £40,000 absolute maximum.” With each LPE being self-employed, they then had to fund their own admin and run a car with those earnings.

In the interview – conducted by Russell Quirk, the former chief executive of Emoov and now co-founder of Properganda – Carter breaks down the pay for LPEs. He says that outside London each listing would produce £200 for the territory owner – that’s the person who is the next level up in the hierarchy from an LPE, and who will have several LPEs beneath them.

For additional services commissioned by a vendor and costing £300, the territory owner would receive £25 and the LPE some £125, leaving £150 to go to Purplebricks centrally.

On top of that, an LPE would receive £35 to £50 if a customer bought into legal services and additional £25 sums for some further services.

Moving on to Purplebricks’ working environment and strategic direction, Carter gives high praise to the now-departed Michael and Kenny Bruce, who founded the company.

He suggests that under their leadership the working environment seemed “generally happy” and that most found it hard to disagree with the direction of the firm.

Once the Bruces shifted their activities towards the agency’s ill-fated US expansion, however, things changed.

Towards the end of the 30-minute interview Carter reveals that in his experience (and contrary to the views of many outside of Purplebricks) the agency successfully completed sales on around 70 per cent of its listings.

Some analysts had previously put the figure at around 50 per cent, although the company has long insisted that the proportion was much higher. Carter attributes the 70 per cent success rate to “motivated sellers” who – having taken the plunge with a hybrid agent and a low fee – were determined to secure the sale of their home.

It’s a long and fascinating interview, with Quirk giving his views, too, on what Purplebricks did right and wrong; Carter provides many more insiders’ revelations on what it was like to work at the agency.

The video is here – and our thanks to Properganda PR for sharing this with Estate Agent Today readers.